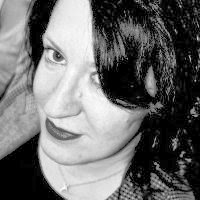 Doing business with Brecher's new CEO Jacqui Rook is most definitely fun. Our conversation took place over Blue eggs and toasted soldiers at Fortnum & Mason in Piccadilly (her recommendation) and she made me laugh so much, tears were dripping into my egg yolk. The stories that woman can tell!

Jacqui believes people don't just buy technical expertise and know-how, but want to invest in a business relationship with a real person as well. In her mind it's all about the experience of doing business with someone, not just the outputs. And this refreshing approach is one she's keen to instil in everyone at her firm.

"No one wants to sit down and listen to negativity. A business relationship should make people feel positive and it should be enjoyed. A good exercise is to reflect on how your clients and other business associates experience you. Are you an energetic presence? Does the room light up around you? Or do you tend to have the opposite effect, sapping the energy of those you're with and having an unenviable ability to empty a room? Do people see you as the person who's always coming up with solutions? Or are you the one who only points out the defects, the pitfalls?

"What do your clients think when they look in their diary in the morning and see a meeting listed with you? Do they smile, looking forward to it as one of the highlights of their day? Or do they groan, knowing it's just something they have to get through?"

Of course Jacqui's firm Brecher is famous for its close relationships with some of the property industry's most famous players, sometimes going back decades, even generations. "We are lucky: our senior partners are complete naturals when it comes to client relationships and they are known for putting their personalities into their work too, as well as all that top-of-the-market highly-attuned technical expertise. Many of our associates too. This is what we want to see across all areas and levels of the firm".

So given her belief that "relationship" is key, what role does she think social media can play? Or does she think it's irrelevant and that only face-to-face counts?

"I think LinkedIn can work really well to set up a good face-to-face opportunity, if used skillfully. Maybe start with a message asking to Link In "because we could do some interesting business together". Then kick off a conversation with a series of skilful open and closed questions to show an interest in your target (always welcomed by people) and find out more about them. Then by the time you meet them for the first time face-to-face, you already have a conversation underway.

"For shyer lawyers who hold back in face-to-face networking situations, who are uncomfortable speaking to people they don't know, this can actually be a better place to start. It's like the first part of the conversation takes place behind a screen, and once they come out from behind the screen, a connection has already been established.

"I'm a great believer in finding what type of business development activity works for different individuals. There's no point in trying to force everyone into the same mould. It makes life unpleasant and it just won't work anyway. So if someone has a problem with conventional networking because of religious or other dietary restrictions I'll encourage them to try breakfast meetings, or cocktails 5-7pm. If some people are particularly averse to social media, rather than fighting them on the point I'd rather focus them on other business development activity such as lunching or seminars. There's always something that a person can do".

Of course another aspect of this is that Jacqui won't let her lawyers hide behind excuses! She's going to get everyone involved in the firm's business development. There's no escape. But on the plus side, you can bet she'll make it fun!
*** 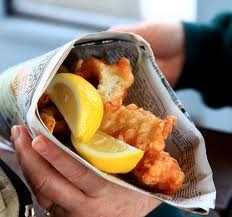 The old adage that today's news is just tomorrow's fish-and-chip paper looks like it's fast going out of date.  The Times reported this week that as a preventative measure to reduce littering, Liverpool City Council are requiring local chippies to provide plates and cutlery, instead of meals wrapped in paper to be eaten with fingers, if they want a pavement cafe licence.  So the much-loved chip paper proverb, used to explain the ephemeral nature of news and how soon headlines are forgotten, is becoming obsolete.

But in our internet age, the very idea that today's news is ever consigned to mere chip paper is already well out of date: individuals caught in the midst of an ugly media storm can't any longer console themselves that awful headlines today will be no more than the wraparound for someone's takeaway dinner tomorrow.  Googleability now means stories have a horrible habit of hanging around. More reason than ever to guard reputation.

(And of course my legal friends are reminding me that it's actually been years since it was lawful to use old newspaper to serve food. Something about the potential of lead poisoning from the ink. Health & safety laws.... don't get me started!)
*** 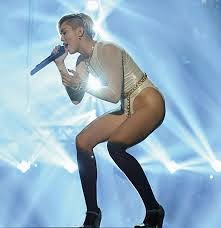 If ever there were a lesson in the use of celebrity hooks to make news stories fly, this is it:  our extremely techie legal comment about the operation of US sanctions against Russia, which we had been working on for weeks with the FT, was suddenly hi-jacked by the news that these politically-motivated trade restrictions might jeopardise the world concert tours of Justin Timberlake and Miley Cyrus.  Helskini Arena is apparently owned by three Russians who move in close circles with Vladimir Putin, having been friends with the Russian president since childhood.   The Finnish leg of their tours may have to be cancelled.  And so, not only was our legal commentary catapulted to the FT's front page alongside photos of the two mega-stars, but was picked up by several other national broadsheets as well ... and our client, HFW's competition and international trade law expert Anthony Woolich, invited on to the BBC's World Business Report and CNBC to explain the issues in law.

Just goes to prove that a bit of showbiz glamour gets everyone's attention, even readers of the most serious stories in the most highbrow parts of the media.
Posted by Clare Rodway at 10:51