SA Law’s Julie Gingell has been talking to me about the importance of creating “thumb-stopping moments” (love the phrase!) in an increasingly digital world. She insists she didn't coin this phrase herself, but she was certainly the first person to introduce me to it.  What she means by this term, is the importance of making all the marketing content her firm pushes out so arresting, that it stops people in their tracks as they scroll through their inbox and news feeds on their phones throughout the working day.  “There’s so much legal content out there now on social media channels and email arriving direct to people’s phones, that if you want to make sure it’s your firm’s update on a topic that people look at, rather than a competitor’s, you’ve got to offer something eye-catching to stop them scrolling past.  There was a time that you could bank on people using their commute into work to catch up on longer reads and in hard copy – whether perusing a national broadsheet, or catching up on industry magazines.  That’s where we would often choose to place our updates.  Now however, most people are expected to be up-to-date with their inbox by the time they reach the office, so commuter time now means heads down and eyes glued to phones.  Time is so short for everyone.  So if you can offer something on social media as snappy as eg “a 30-second guide to the new regulations on…”, you’ll have a much better chance of snaring readers’ attention and making sure it’s your firm’s take on the topic that’s the one everyone’s digesting, rather than anyone else’s.”

This is also where a good visual comes in to its own of course.  As Julie says, a picture really can sometimes paint a thousand words and a well-designed infographic can be just the sort of 30-second download that a busy scroller will prefer.

Julie gave me these pearls of wisdom in the context of an interview for Kysen’s joint study with New Law Journal into how the rise of social as a mainstream channel is impacting the law firm marketing mix.

“There’s no doubt the shape of my marketing budget has changed entirely in the last 10 years or so, thanks to the rise of social media”, she tells me.  “Where once the dominant spend was on printed material, after a while shifting to expensively designed e-mailshots, now all you have to do is to Tweet a link to a soft copy and, if you have been diligent in making the right connections on social media platforms and listening to what people say they want in terms of content, it will be downloaded hundreds of times within minutes.  We had this experience with our Recipe Book recently: 2,000 downloads in just a day-and-a-half.  No need to spend tens of thousands on hard copy print runs.  No need to check email addresses.  And of course with GDPR coming down the line this May, releasing material on social platforms is a brilliant way to get around the new restrictions on direct mailing people.”

Does she think that press coverage still has an important role to play in the marketing mix, given how easy it is for firms to push material out themselves, on their own terms, with far less restrictions on what they can say and far more control over when they can say it?  “A strong press profile is still incredibly important”, she says, “because it’s the one channel that carries with it a built-in Third Party Endorsement, which is incredibly valuable; it counts for a lot when The Times chooses one of our lawyers to be their authoritative expert voice on a new legal development.  What we may lose in control, compared to putting out our own stories, a good press profile gains us kudos and influence. What I will say social is brilliant for is extracting more value out of your press cuttings, or other marketing material, once the initial news moment has passed.” She explains how you can tweet a repeat days or even weeks after initial publication with a simple message of “in case you missed it…”  This is a good example of how Julie talks of using social platforms as “glue” between all the different strands of her marketing mix.  “Only a few years ago it was the website address that was the central pin linking everything together.  Now it’s the social media activity… the ability to mention on social platforms the event you attended, the roundtable you hosted, the press article you appeared in, etc etc.  For our Lexcel accreditation we are asked to detail our social media strategy and plan, but I have to say I think this is the wrong way to look at it; I don’t have a separate social media plan, instead seeing it as just one thread that’s integrated into everything we do.”

Another interesting observation Julie shared with me is the key role social media plays in the life of firms whose business opportunity is to a large extent bound up with their standing and influence in local marketplaces.  Having one of the biggest Twitter followings amongst the main players in the Herts/Beds/Bucks region where the firm has its roots, confirms SA Law’s place as a centrepin of the local community.  “Being linked in with the key influencer groups in our locale, and regularly retweeted and endorsed by them, increases the value of our own retweets and endorsements of other people’s material.  In other words it increases our own stock as influencers.  And the strength of our engagement with the local marketplace being so visible in this way has been very important in demonstrating our continued commitment to the region, particularly at a time when we have been busily expanding into London markets.”

You’ll see as I post more survey interviews that Julie really is in the vanguard, amongst the best of the legal marketeers. She made sure that her firm was one of the earliest adopters amongst professional firms of Instagram.  My word, this firm even has a Spotify account to communicate elements of the SA Law brand that only their taste in music can express! No wonder she was one of the first (we think possibly the very first?) non-lawyer marketing professionals to make partner when Legal Disciplinary Practices first came in. Thanks for your insights Julie! Valuable as ever.

If you would like to take part in the Kysen / New Law Journal study into the impacts of social media on the law firm marketing mix, do please send me your contact details using the comment box below, and we can start a conversation.

We are in the midst of a series of one-to-one 'qualitative' interviews, some of which (like Julie’s) we are publishing on this blog over the next weeks and months. In addition, NLJ will soon be conducting a 'quantitative' survey amongst their readers. Do get involved!  We look forward to hearing from you!
*** 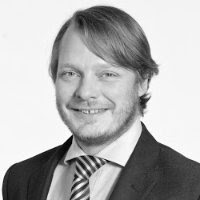 On the subject of the new digital lingo, I just have to share this wonderful "Digital Terms Deciphered" glossary, that our good friend Simon Marshall has created.  It tells  you everything you need to know about the trendy new digital terms constantly being bandied about these days, but might be too afraid to ask.  Do you know your rich snippets from your alt tags?  Your backlinks from your iframes? The difference between agile and waterfall platforms?  As Simon says, it can be as confusing as knowing your lattes from your flat whites - but the good news is we did all eventually master ordering a coffee, didn't we!

You may know Simon from his time as an in-house marketeer at Osborne Clarke and then Burges Salmon.  You may also be up to date with the news that he's recently set up his own legal marketing consultancy called TBD (To Be Determined).  If you don't know Simon, take it from me he is one of the best social media sages for professional firms around.  You can connect with him here on LinkedIn.
***

Everybody’s talking about Slaughter & May’s gender pay gap news: one of the most iconically ‘City’ of the magic circle law firms is paying female associates more than their male counterparts. This story is one of those watershed moments for the profession, not so much because of the stats themselves, (see below), but because when a firm like this considers gender equality something to be proud of and integral to their brand, then other firms will surely follow.  And this is precisely the claim Slaughters has been making: their publicity machine has been explaining how their “one-firm culture ... values remunerating employees in a less differentiated and more egalitarian way”.  (*waves* to ex-Kysenite, now Slaughters communications manager, Ollie Hibberd).

Yes it’s true that digging in to the stats arguably raises more questions than this story answers, (not least whether paying women more than men can actually be considered achieving equality; also whether the firm was justified in excluding their all-female secretarial pool from stats they publicised about pay for business services staff). And yes, I know this new-found interest in promoting equality is only happening because of the gender pay gap reporting legislation. But however we’ve arrived here, all firms are now suddenly interested in addressing inequalities in their own workplaces. This is definitely a moment to celebrate.
Posted by Clare Rodway at 12:26 No comments: