I had lunch this week with the most dangerous man in legal education. We have Mike Semple-Piggott to thank for BPP Law School, which he launched in the 1990s and subsequently sold to become a serial legal education entrepreneur. You may know him better as the man behind famed and fictitious blawg persona Charon QC.
Why “Charon”? I asked him. “Charon is the name of the ferryman of Hades, paid to bring  souls across the river Styx. When I was deciding on a character to be the face of my blog when it started 10 years ago, I liked the idea of dragging lawyers into hell with my writings.” You can also see why they call him dangerous.
And the QC part? "Well, for the first years of Charon's life online he was merely a lawyer" Mike tells me. "Then when the QC Selection Panel decided not to make up any silks in 2004/5, it seemed the perfect time for a fictitious lawyer to be given the moniker."

Mike’s blog is now part of the legal establishment, albeit defining the subversive fringe. If you’re not familiar with all parts of the blog, take a look here. He is prolific: reams of insightful comment on legal developments and legal market change, in blog and podcast format, plus a Law Weekly Review, laced all the way through with humour and a mischievous spirit. He has a vast audience of practitioners and interested lay people; also law students attracted by the free books and lectures made available for them. No wonder he attracts an audience of some 90,000 lawyers (including a loyal following in the Ministry of Justice and the Legal Services Board). He’s not in it for money. I’ve come across this before with legal educators and Mike exemplifies it. Their prime driver is simply not commercial. In contrast to the classic business mindset, often concerned about giving away their Crown Jewels when publicising expertise and opinion, educators instinctively like to share information, rather than hold on to it for personal gain.
He does have to cover the (substantial) costs of running the blog though, and his model for monetising it takes care not to compromise the quality of its content. He carries advertising from such names as Pannone, Riverview Law, Oxford University Press as well as the law schools.

But business took up only a tiny part of our conversation this week. Mike regaled me with a veritable rainbow of colourful stories, like the time travelling back from Singapore he brought a suitcase of counterfeit watches through customs, for a lecture he was planning on intellectual property rights. This was in the days before importing fake branded goods was illegal. But it raised the eyebrows of the customs official who stopped him on his way through nevertheless.  He made the mistake of trying to engage Mike in a legal argument. Needless to say after just ten minutes of "lively" conversation Mike was waved through.


Funny how by being so interested, you become one of the most interesting men in the marketplace.
*** 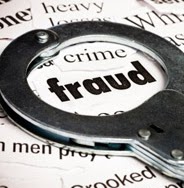 So the SFO is worried about ‘reputational damage’ and is bringing in a raft of special advisors and other senior appointees to put its house in order. It's a comfort to know that in this often superficial age some people still recognise that fixing reputation is not always only about profile and spin, that sometimes it's more about the "essence" of something; one of the newly appointed experts at the SFO is none other than Geoffrey Rivlin QC, a high profile former judge, who will be focussing on improving case management.  The SFO was heavily criticised this May for an overly cautious position since the ill-fated raids on the Tchenguiz brothers last year, in March 2011 - and subsequent legal cahllenge. In fact no raids were conducted in the entire financial year since.  The SFO clearly needs help.

The high profile appointments were announced this week just days after news reports the SFO would investigate the LIBOR rigging scandal. Reckoned to be potentially the most expensive investigation yet staged by the SFO, no wonder it has focussed minds. The question is though, can this crack team of senior executives do enough in the time available to make sure on this occasion the crooks don’t get away? With these latest appointments at least the outlook is promising. This week the Olympic torch relay reached the town where I live. It coincided with a family birthday and I had the day off. A celebratory breakfast in bed was dutifully served, and then from our bedroom window we watched the torch pass right in front of our house. Special!  Those who know me will be well aware I am not a sports fan. But even I feel part of the Olympics now.  I love how the torch relay has worked to make everyone feel part of this national event.
It reminds me of an excellent internal communications stunt by DLA, which we observed at close quarters some years ago when we first got to know the firm well. 1,000 partners and staff took part in a relay-style walk from Land’s End to John O’Groats in a single day, dividing the journey into 740 segments, a different regional team taking a 10 mile segment each. Fantastic way to bring all the offices together in one collective endeavour. We had just started working for DLA as they did the walk and raised 500,000 pounds for the charity Wellchild. The excitement, camaraderie and sense of collective achievement was palpable.
I'm almost tempted to dig out my tracksuit for July and August. Almost, but not quite.
Posted by Clare Rodway at 11:07