I've had kind offers of info on places I'm travelling to before (Tony - thanks for the loan of the Klimt books. I'll return them when I get back from Vienna after Easter) but when Amnesty's Katy Scruton offered to send me some info on Russia for a trip to Moscow I'm planning with my son later this year, of course what she meant was reports of human rights abuses there.

Katy is a membership co-ordinator at Amnesty International. She is interested in engaging with lawyers so I try to bring lawyers with me to Amnesty events whenever I can, to introduce them to her. (Lawyers, if you'd like to try an Amnesty event with me, drop me a line in the comment box below.) There is a natural overlap between the work of lawyers and Amnesty, the organisation's mission being to uphold the rule of international law.  For me the arrangement we have with them has opened doors to experiences that have been heart-breaking (meeting Troy Davis' family at the House of Commons), fascinating (Amnesty's Media Awards celebrating the best in Human Rights journalism) and fun (celebrating their 50th birthday at the House of Lords and being quite star-struck meeting Amnesty co-founder and esteemed lawyer and journalist Louis Blom-Cooper QC) in equal measure.

Katy is passionate about her job. 'I do realise I am extremely lucky to be employed by an organisation that I so believe in and to do work that I have a real conviction for.'  Over lunch we discussed the various campaigns Amnesty is focussing on at the moment - supporting people demanding change eg in the Middle East and North Africa; campaigning against the death penalty, eg Japan's recent resumption of executions; women's rights eg in Afghanistan and in the Middle East and North Africa. Also the specialist networks eg on Children's Human Rights; TeachRights for teachers wanting to bring human rights into their classrooms (of which my own children have been beneficiaries).

We also talked about Amnesty's wonderfully creative use of social and other new media platforms: their range of videos and mini-films to put across the essence of a campaign in an attention-grabbing way, then pushed out via Facebook and Twitter for that viral effect. Check out the selection at Amnesty TV. A personal favourite of mine is the satirical (and sartorial) cartoon created for Fashion Week this February that I came across on Facebook (and of course passed on): two fashionistas discussing the new 'Child Labour Range', challenging people to question whether they know who makes their clothes. You can watch the video here.

A smart piece of communication from a very smart organisation.

Loved the way the pasty tax story got so out of control this week. It started badly, the surprise Budget announcement that VAT will be charged on hot takeaway food suggesting a Treasury out of touch with the pressures of people on low incomes struggling to feed families. Then it got worse: when quizzed in the House by John Mann MP, son of a baronet George Osborne was unable to recall the last time he'd eaten a Greggs pasty. And after - oh dear - David Cameron stepped in to fill the breach and reminisced about a delicious pasty he'd eaten at Leeds station, it turned out the outlet he though he'd bought it from closed down five years ago.

Well, that was it! The press then had a field day: Osborne was described by The Sun as the 'Marie Antoinette of the 21st Century' and on Twitter it was suggested he had probably had to be 'briefed' after his faux pas that pasties were 'similar to mini boeufs en croute'. Painful for the PRs having to handle this I'm sure, but highly entertaining for the rest of us.

I have a fascination with the relationship between 'food' and 'class', so particularly loved this piece by The Economist's Bagehot: 'Pasty-gate as proxy for Tory angst about class.' Enjoy the article here. 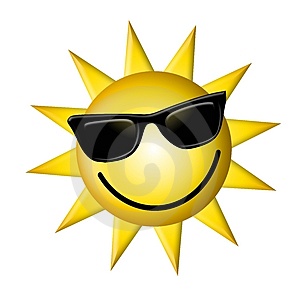 This blogpost would be incomplete without some oohing and aahing about the weather. Hasn't it been wonderful! We finished a really good week at Kysen - particularly fascinating work, some great "hits" and a number of very enjoyable meetings with clients - not to mention trips for some to Birmingham and Milan - with drinks on our roof terrace. Did I mention we have a roof terrace? [Yes Clare, all the time, in conversation and on Twitter...  Honey ;-)]


Please note I'm away next week so my next blogpost won't be until 15th April.
Posted by Clare Rodway at 12:03