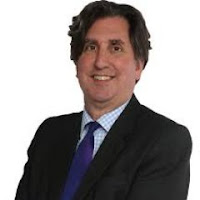 There’s no one I can think of who produces more legal news stories each day than The Times’ Jonathan Ames. With an average of 12-15 stories per day, (ok he takes a break at weekends, but still...). To achieve this level of output, he currently does two shifts daily, starting at 7am and finishing at 7pm. Gruelling! But no wonder The Times’ email bulletin The Brief has been such a huge success.

The words “brutal” and “relentless” are mentioned when I ask Jonathan about the pressure of filing so many stories every day. But he’s clearly relishing the role and rightly proud of what he and his colleagues have achieved. “It’s a lot of work, no doubt about it. But it’s very satisfying to look back each day, week, month, and see how much we’ve produced. We aim for as wide a spectrum of legal stories as possible, combined with a bit of gossip and some opinion. And about 80% of our news stories are sourced by ourselves, rather than responding to press releases. The Brief is all about old school newspaper journalism, but in a digital context.” [Great soundbite Jonathan!]

I spoke to Jonathan just days before The Brief is to be housed on the main Times Law website. At a time when newspapers and magazines are struggling to monetise content, given there’s so much information available free online, and in an era when most newspapers have been reducing their legal coverage (The Telegraph dispensed with a full time legal correspondent,  and The Guardian its legal  editor role, as far back as 2009) I was keen to know how his paper  has managed to make a success of bucking the trend and expanding legal content.

“The Brief was launched in October 2015 as an experiment, The Times wanting to see if they could take a specialist subject the paper was already well known for and create some added value”, he tells me. The Times' legal editor is none other than Frances Gibb, the pre-eminent legal editor amongst all national newspaper editors, so The Brief is starting from a strong base in this regard.  Frances oversees all legal content in the main paper as well as in the Law section, in hard copy and online. “The idea was that the new specialist email bulletin, free to anyone who signed up for it, would remind specialist audiences about The Times’ excellent coverage of legal issues, and reel more subscribers in to the main paper.” Three years on, it’s been a huge success. Job done! Jonathan, all that hard work has been worth it!

It has to be said that The Times has form in this area: The Brief was based on the highly successful Red Box bulletin that worked the same way for its political coverage. As Jonathan put it, “The Times is famous for grabbing commercial enterprise on the web by the scruff of the neck”. [Wow this  man IS good for a soundbite! Made me wonder if he'd ever consider a job  in PR. But knowing Jonathan as well as I do, I wouldn’t dare ask for fear of the expletives!] “There was a lot of scepticism when we first installed the paywall. But now, arguably it’s the healthiest Fleet Street paper online, along with the Mail and the FT.”

“This next stage”, he tells me, “Is about bringing The Brief closer in to the main Times brand. From Monday [2 July] The Brief will still be sent out as a daily email bulletin as usual, but the content will be housed on the main Times website, in the Law section.”

So does this mean it will no longer be free to non-Times-subscribers?  “Existing Brief subscribers will need to sign up and pay for a Times subscription if they don’t already have one. But for a certain period we’re offering a special deal for these readers, to reward them for their loyalty to The Brief.”

Don’t miss out! If you haven’t done it already, sort out your Times subscription this weekend!

Next week sees one of the best women-in-law events yet: First Women of the Supreme Courts in Conversation. UK Supreme Court president Baroness Hale will be joined by former Chief Justice of Ghana Georgina Wood, Justice of Canada Beverley McLachlin and Chief Justice of Australia Susan Kiefel, to talk about the experience of women in law. The event is hosted by Gray's Inn and sponsored by our friends at Serjeants' Inn Chambers (among others).  It forms part of the First 100 Years of Women In Law project, in association with Spark 21, (the charity that celebrates, informs and inspires future generations of women in the professions).

I assume everyone is now aware that 2019 marks the 100th anniversary of the Sex Disqualification (Removal) Act, which enabled the first women - initially four, each with a first class degree from Cambridge - to pass their law exams and be admitted as lawyers for the first time.

I'm planning to catch up with First 100 Years founder Dana Denis-Smith at next week's event and will be writing up our Conversation for this blog, so watch this space... 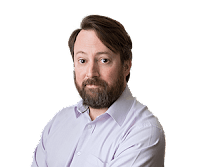 What an amazing coup for The Lawyer Awards: snaring star comedian David Mitchell as the evening's entertainment.  Fantastic!  He regaled the Grosvenor House Hotel audience of solicitors, barristers, legal marketers, PRs and journalists with a tale of a disastrous mini-pupillage he did as a youngster, when a client was refused the return of a driving licence after a ban because the judge mistook Mitchell for the driver and decided he didn't look trustworthy enough.

For me personally, as regular readers of this blog will know, it was particularly cool seeing Mr Mitchell as only a month ago I was lucky enough to catch his Peep Show partner Robert Webb at the Hay Festival, discussing his book How Not To Be A Boy.  Now I have the set!