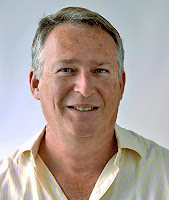 Our friends at Nottingham Law School always say that a qualification in law can take you anywhere and help you rise to the top in any sphere, and Jeremy Sokel is the perfect example.  From private practice lawyer, builder of grand design homes to CEO and Chairman, and now … (drum roll please) …MD of film production company Into The Woods and executive film producer!  Regular followers of this blog will know why this has got me so excited.

I’ve known Jeremy and his wife and law partner Jessica (a long-time client of Kysen) for a very long time (I got to 20 years and decided to stop counting!).  Together they run employment law boutique Learmond Criqui Sokel which is my reason for keeping in touch.  Well that and the fact they are amongst the very nicest people you could hope to have the pleasure of getting to know in business.

Given my passion for film, you can just imagine my reaction when Jeremy invited me to a private screening of his soon-to-be-released film Us And Them.  I must watch about five movies on average per week, at home or at the cinema, but this was the first time I’d ever been asked to view one pre-completion and be part of a team providing feedback before the final cut.  And it was brilliant!  So much so, that when Jeremy and his director were ready for my “objective feedback” once the film reel had whirled to an end, I realised I simply didn’t have any – I had been so sucked in by the story, I’d got totally carried away!  With a power lead performance from Jack Roth (yes, son of the legendary Tim – Skellig,Reservoir Dogs, Lie To Me), and a fantastic supporting cast, Us and Them is most definitely a must-see when it reaches a cinema near you.

Us And Them is billed by its creators as “the film to ignite a generation”.  A bold claim, but considering it’s been selected from hundreds of applications as one of a few films to be shown at the British Film Council’s London Screenings Breakthrough 2016, it looks like they can back it up. Jeremy says  “It’s certainly very much a “now” film - the first British thriller to explore the discontent and sense of disenfranchisement simmering beneath the surface of our post-credit-crunch society, where cheating bankers have escaped with impunity and the humble taxpayer has been made to pay the price in their place.”

I’m not going to give any of the plot away, as a big part of the joy for me was how the story was revealed in layers: one minute you think you know what’s going on; then the story flips and you realise the film is about something else altogether.  All I will say is that the central idea is about all hell breaking loose when disillusioned youngster Danny (Jack Roth) decides to confront a wealthy banker on his home territory.

Us And Them is as entertaining and funny as it is thrilling, at the same time as having something interesting to say and being very clever about how it says it.  The writing is superb and there are some truly wonderful moments to enjoy.  Oh, did I mention it also has a killer soundtrack from The Sleaford Mods, The Damned and the O'Jays?

You can find out more about the film here.


I ask Jeremy if he’s looking for further investment.  “Not just at the moment, although there may be opportunities further down the track for anyone interested in getting involved.  Right now we have more than enough to finish the film.  Our focus at the moment is finding the right distributors.  With this in mind I’m off to Cannes next week, so watch this space…”  Need a PR to help while you’re out there Jeremy??
***

So the first print-only newspaper to be launched in 30 years has died.  What a surprise.  New Day was always a curious “counter-intuitive” experiment, hoping to tap in to a generation of web-weary readers, longing for news in hard copy only.  An expensive disaster for Trinity Mirror.

They’ve learned the hard truth that, as Ofcom’s annual report on our changing news consumption habits continually shows, even if we bemoan our screen-addicted lives and constantly reminisce about the days we used to actually pay attention to people in the same room as us, none of us can resist the immediacy of all that information flowing direct to our computer screens and phones.

In a way the demise of New Day is good news: it proves we're all a lot less luddite than we'd care to admit
***

Of course it was always going to be Sarah O’Connor at the FT who took on the robots.  The irony is not lost.  If you missed this priceless experiment to see how a leading FT-trained journalist compared with a computer called Emma when it comes to writing news, then you can catch up with the plot by watching this short video.

Emma is a “machine augmented neural search interface”, in other words an autonomous artificial intelligence (AI).  She has been designed by robotics company Stealth, “to operate autonomously for delivering professional services related to financial analysis, research and consulting”. Lawyers take note: it won’t be long before a cyborg is coming your way too.

Emma certainly gives Sarah a run for her money, completing the task in just 12 minutes compared to Sarah’s 35.  But to the very visible relief of all in the FT’s editorial team, Sarah wins hands down: whilst Emma’s story is packed with figures, albeit accurate and with some decent enough analysis, Sarah is far better at zoning in on the one key stat that in fact makes the whole story.

So skilled white-collar workers may be safe for now.  But for how long…?