What a rare pleasure to be watching a print journalist friend on a BBC TV programme, rather than a client: Edward Fennell and his campaign to find the remains of Alfred the Great, "The Alfred Project", featured on a Neil Oliver history special on BBC 2 this week... and of course I tuned in.

Although the BBC film comes in the wake of Channel 4's documentary about the discovery of Richard III's remains underneath a car park in Leicester – Hyde900, the community group in Winchester to which Edward belongs, has been investigating the possibility of testing bones from Hyde Abbey (where Alfred was buried in 1110) for the past four years.

"Our search for Alfred began a long time before the publicity machine for Richard III cranked into gear," he tells me. "Indeed, some amateur historians in the Hyde area of Winchester have spent years poring over historic records. There was already a well-established local folk tradition that Alfred was buried in the "Unmarked Grave" in St. Bartholomew’s Church, Hyde which lies about 100 yards from where  Alfred had been officially buried. But until quite recently there was no way of testing out the truth of that claim scientifically. So, in the aftermath of our 2010 celebrations of the 900th anniversary of the arrival of the bones of the Royal House of Wessex in Hyde, we thought that the time had come to open the grave, see what was there and undertake the carbon dating testing. The crucial point was that, at that stage, we were under the impression that the only bones remaining from the Hyde Abbey site had been deposited in this grave. So it was not implausible that Alfred might be amongst them.”

The biggest challenge in the whole story was to secure permission from the Chancellor of the Diocese of Winchester to exhume the bones and analyse them. In fact, it took almost three years of patient legal work by another Hyde900 member, barrister Rose Burns of 4 BreamsBuildings Chambers, to persuade the Chancellor that under ecclesiastical law there were grounds for doing so. Rose features in The Times' Lawyer of the Week column this week in fact, for the cleverness of her legal arguments on behalf of The Alfred Project.

"In March last year we were finally able to open the grave and the first sight of those bones was very emotional. Quite moving actually." This moment was captured on camera and you can see the reactions of the Winchester team in this documentary clip.

In the event the bones from the Unmarked Grave turned out not to be those of  Alfred and his family – their dates ranged from 1110-1450 – but, as in all historical research, one thing led to another and the Hyde900 team were delighted that their subsequent investigation (which would not have happened without the opening of the Unmarked Grave) produced a pelvic bone which osteo-archaeologists are convinced did belong either to  King Alfred or King Edward the Elder, his equally distinguished (but less-well known) son.

Like me, most of you will know Edward as the award-winning City editor of The Times' Law section. He has written for The Times for well over two decades and I have known him for 25 years of that (although neither of us look old enough I know ... and I was a young slip of a thing when he was already an eminent journalist) We all love his coverage of business law and the legal world and his focus on the bigger City firms and the work they do in this particular part of the legal market; and we all enjoy his keen interest in legal business innovation, how he has tracked the advent of Alternative Business Structures and where legal market deregulation will take us. He is also famous for his In The City diary column in the paper each Thursday, biting and entertaining in equal measure, which is no doubt why it has such a phenomenal following amongst the legal community. He also takes on specialist copywriting mandates for solicitors firms and barristers including recently a history of Bird & Bird and Clarkslegal in Reading. Currently, he is working on a history of Quadrant Chambers in Fleet Street taking in both the site (going back to the 16th century) and the chambers itself.

As if his day job wasn't enough, in his spare time he is founder and trustee of Winchester's Hyde900, the community project dedicated to celebrating the 900th anniversary of the founding of Hyde Abbey, once the fulcrum of Alfred the Great's kingdom. The group is largely responsible for making happen the scientific research and legal petitioning that led to the exhumation of the bodies in the unmarked Grave for identification and authentication as the remains of members of the Royal House of Wessex.

How does he find the time? "It's something I feel passionately about. As a history graduate with a keen interest in the Anglo Saxons, I was amazed when we first bought our house in the Hyde area of Winchester in the 1980s and realised that I was actually living over the original cloisters of the abbey where Alfred the Great had been buried  but which had been pulled down in 1538. At that time there was little interest in the area’s unique history. In conjunction with various friends and neighbours we resolved to raise public awareness of what lay all around us – albeit buried underground. I very much believe communities thrive best when there is a shared appreciation and celebration of both place and people. At the heart of all these projects is the desire to unearth the rich heritage, talents and resources of the Hyde area and its people. Even so, we could not have guessed then quite how far it would take us.”

I've always known Edward as one of the legal journalists most interested in legal futures. Fascinating to learn that he is equally passionate about the past. If you didn't catch the BBC documentary and Edward's stellar TV performance on Tuesday, you can catch up here.
*** 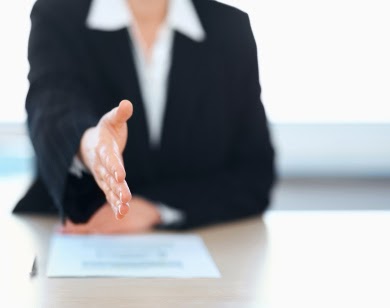 Anyone ever come across a "Director of First Impression" before? No, I didn't think so. Neither had I, until @theLegal500 tweeted this little gem from the Marketing Partner Forum this week.

Step forward Greenberg Traurig LLP, the first law firm to give a receptionist this fantastically wonderful job title as far as I'm aware - and I'm sure someone will soon tell me if I'm wrong...

Can I have this role please?
***
Another prize tweet from The Marketing Partner Forum: this wonderful diagram is courtesy of @DB_Legal, again via Twitter (don't you just love how social media can keep you in touch with live events happening thousands of miles away?), and it should be on every legal PR or marketeer's wall. Enjoy: 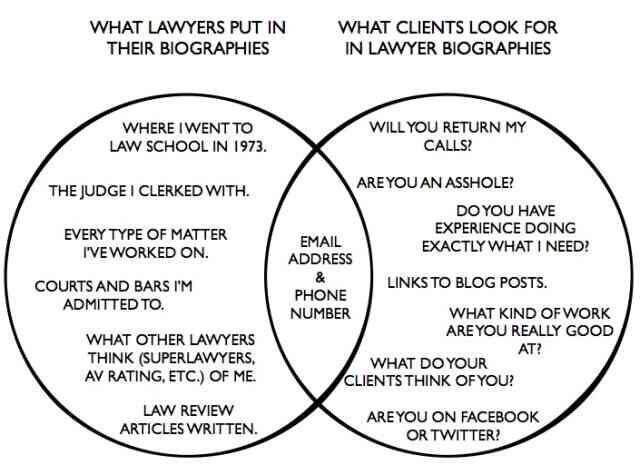