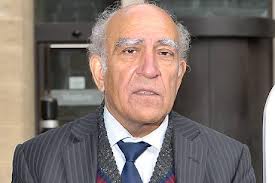 NHS whistleblower Doctor Narinder Kapur feels well and truly vindicated. Regular readers of this blog will remember that The Good Doctor was featured in The Conversation last October as he was about to stage a Gandhi-inspired hunger strike outside the Department of Health to protest against the impact of NHS cuts on patient safety and care, and also the plight of whistleblowers, lambasted not listened to when raising legitimate concerns. Narinder himself was sacked unfairly from his role as Head of Neuropsychology at Addenbrooke’s Hospital for raising the alarm. In the months since his campaign – my, hasn’t falling standards of NHS care become the main headline news topic of the day!

We caught up this week as Narinder was preparing for a House of Commons conference he is organising next Thursday (7 March) together with Health Select Committee member  Virendra Sharma MP. Entitled Gandhian Values and the Modern NHS: Celebrating Success and Challenging Distress, the purpose of the event is to improve patient care and – I love this idea particularly – help put compassion back into the NHS.

“The theme of the conference is to raise awareness of Gandhian values as they pertain to topical issues in the NHS, such as the concerns related to the Mid-Staffs Scandal, all those horror stories you read in the papers about elderly patients left waiting for hours in hospital corridors without food and water, or discharged in the middle of the night without transport, left to walk home in the cold and the dark. Also the cases where doctors and other NHS staff from both white and ethnic communities have suffered distress as a result of unfair treatment by hospital management, sometimes it seems as a result of raising concerns.”

The opening talks of next Thursday’s conference are an address by Lord Bhikhu Parekh, “Mahatma Gandhi: What he taught us about Truth, Compassion and Justice” and then a presentation by Narinder “The light still shines: How Gandhi can illuminate the NHS”. Later in the day Sir Peter Bottomley MP will be talking about “What the MP sees”, Julie Bailey from CureTheNHS will discuss the “Mid-Staffordshire Patients Perspective” and Lead Counsel on the Mid-Staffs Inquiry Tom Kark QC will also be giving his perspective.

I ask Narinder, surely he must feel his work is done, now that the issues he has been campaigning about for so long are being properly aired and debated. But this man will not rest until he sees a wholesale culture change in the NHS.

“Yes, I am pleased that we are starting to make progress. And yes to that extend I feel vindicated. But my overriding feeling is that in many ways my work has just begun.”

Follow Narinder on Twitter to stay close to the debates at his House of Commons Conference next week and keep up-to-date with his campaign to bring compassion back into the NHS.

Sophie astonished us all this week with an amazing placement on BBC Radio 4's Today programme. It's not that rare for us to have legal clients on the Today programme of course, although I'd be lying if I said it was an everyday occurrence - this is the creme de la creme of PR opportunities after all. But what impressed us so much was the fact she had placed them on such a soft topic. Usually our showings on the Today programme are hooked on to major major legal news stories such as significant Supreme Court cases, new legislation, etc. On this occasion however, the topic was work/life balance - and you can't get much "touchy-feely" than that.

The spokesperson was famed legal recruiter Jonathan Brenner from award-winning alternative legal resourcing business Lawyers On Demand. For me the most skillful part of the PR job Sophie did here was managing to persuade the Today team to focus on the legal profession's own experience of remote working rather than asking Jonathan to talk more generally. Apparently her winning argument was that if even the legal profession is becoming relaxed about flexible and remote working, then it is clearly no longer the preserve of the wacky, beanbag-toting media and creative industries, but has entered the very heart of the workplace mainstream.

Well, however you achieved it Sophie, you have our respect. Well done! 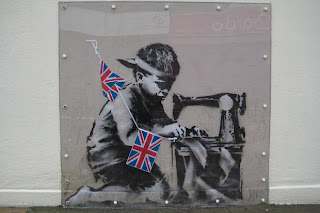 "Grafitti fine art" made the news big time this week. First the news broke that an iconic Banksy had been chiseled off the wall of a Poundland shop in London's Wood Green, turning up in the New York art market days later before being withdrawn from sale. Then we heard news of a development of luxury flats in Germany threatening one of the most famous artworks on the Berlin Wall as a 20 metre section was scheduled for demolition to make way for the builders. At the time of writing, hundreds of protesters have gathered to stall progress bearing slogans petitioning Berlin's mayor with "Mr Wowereit, don't tear down this wall", a sly reference to Ronald Reagan's 1987 challenge to Gorbachev.

Another slogan reads: "Does culture no longer have any value?" Isn't it interesting how images created by criminal acts can sometimes metamorphose into items so valuable, either culturally or in terms of pure market value. Well that's art for you...
Posted by Clare Rodway at 17:46