Should barristers be afraid of mediation?  Surely the rise in popularity of mediation and other forms of alternative dispute resolution (ADR) is posing a major threat to the lifeblood of the Bar -  its specialist skills in advocacy and court work? In conversation this week Jeffrey Jupp, head of commercial at leading barristers set 7 Bedford Row, tells me it's not a threat at all but an opportunity.

Jeffrey has represented many commercial clients in mediation and is highly experienced in this form of dispute resolution.  His first mediation was more than eight years ago and it is now a regular part of his practice alongside his Court work. 'People often assume that mediation is a new phenomenon for the Bar, but it's been around for a long time. The starting point was the Court of Appeal case Dunnett v Railtrack and this was in 2002, so a full 10 years ago.  The case put the marker down for ADR, establishing the principle that if a party had failed to consider it properly before pitching up in court then they could expect to be penalised on costs. This was the moment the legal profession realised it needed to get up to speed with ADR - and fast. Today it is a regular feature in most commercial litigation barristers' practices.'

I asked Jeffrey whether he thought barristers were better suited to mediation than solicitors, having such a nuanced understanding of the 'anatomy' of a dispute.  'Most specialist commercial litigation solicitors will have just as nuanced an understanding of dispute dynamics and how the courts work as we do. From experience I'd say it's not whether you're a solicitor or barrister that makes the difference.  What defines the success of a mediation is the readiness of the parties and their advisors to enter meaningful negotiations and their willingness to see the other party's point of view. There is still an advocacy job to be done, but it is all about persuading the other side that it's in their interests to reach a settlement or agreement. It's an interesting shift from court work, in that it's the one time an advocate gets to speak directly to the people making the decisions on the other side. Over the years I've seen lawyers misjudge this horribly, instead grandstanding in front of their clients, or attempting to score points over the lawyers on the other side. Fatal to the success of a mediation.'

Only this week a Court of Appeal Judge made headlines critcising a defendant's decision not to pursue the option of mediation in a commercial case and warning they'd pay the penalty on costs. We loved Lord Justice Longmore's quote that mediators have a 'canny knack of transforming the intractable into the possible' and so mediation should not be spurned lightly.  The courts and the Government are becoming ever more keen on ADR and some legal commentators say it's only a matter of time before it becomes compulsory across all areas of the law, commercial litigation included. 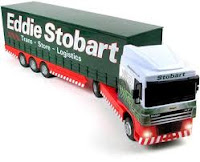 'You can't run with the hare and hunt with the hounds' a leading commercial barrister said to me as we discussed the rather surprising news this week that trucking kings Stobart Ltd are moving in to the legal market. The promotion of their direct-to-barrister service proudly proclaimed the benefits of cutting out solicitors.  Hmm...curious.  The barristers involved are self-employed...so...do they not need to maintain a flow of other work from solicitor clients?

How are these clients going to react when they realise their trusted barrister contacts are associated with a campaign that actively promotes the idea of them out of the picture? Certainly the boundaries between the solicitor and barrister role are changing, (not just direct access, but also the growing number of in-house advocacy teams in law firms), but the symbiotic relationship between solicitor and barrister remains key. The opportunity, my barrister chum enthuses, is to find new and exciting ways to work together and to field legal teams made up of individuals who are freer to play to their real, rather than assumed, strengths. Now that's a positive approach - and one that's got to be good for the end-user client. 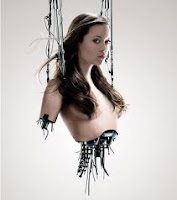 The difference between humans and computers is all about our conversation, apparently.  Enjoyed reading about this year's Loebner Prize, the computer geek's dream competition that's all about challenging computer programs to fool judges into thinking they're human.

The Venue: Bletchley Park, home of the World War 2 code breaking centre where Alan Turing famously decrypted the German Enigma code.
The Idea: according to Turing, the proof of a computer's 'intelligence' is not its actual intelligence or ability to think, but its ability to behave like it is intelligent and can think, ie to pass itself off as human. And the best way to test this? A conversation.
The Set-Up: in one room a group of humans answering judges' questions via a computer; over the internet computer programs doing the same.  Could the judges tell the difference?
The Results: some wonderfully surreal exchanges, my favourite being Q: 'Do you have an iPad?' A: 'I am thinking about life and death'.  You can see some of the other gems here.

One thought to leave you with: researching this story I learned that in previous years a number of the computers attempted to fool the judges into thinking they were human by including typos in their answers. Wonderful!
Posted by Clare Rodway at 18:24