Jane Dudman is looking back at a fantastic year of journalism at The Guardian - and looking forward as well, continuing to lead the pack in digital news publishing. This week the editor of the paper's ground-breaking PublicLeaders Network was addressing a small celebratory party announcing a new advisory board. The PublicLeaders Network is a highly influential digital forum for senior leaders of public services to exchange ideas and practice notes as well as discuss the issues at the top of their professional agendas.

In conversation she tells me "Having built up a phenomenal following of senior public sector managers over years in hard copy, I have to say that I was extremely nervous when we took the bold decision to switch to online only. But our loyal following switched with us and the Network has gone from strength to strength. Ours was the first of the Guardian's 13 online business hubs, so as such we created the mould for one of the paper's biggest digital successes."

Jane talked of her pride in watching the Leveson Inquiry into media ethics, knowing it was her colleagues who first broke the story of the phone hacking scandal. She could also have mentioned the fact that the paper is already Newspaper of the Year and Digital News Service of the Year, second only to the Mail Online in terms of online newspaper readership and renown for 'constantly raising the bar by which other newspaper websites are judged'.

It is these twin strengths that impress me the most at The Guardian - on the one hand its reputation as among the best for investigative journalism and old-style journalistic values; on the other, its reputation as leader in digital news publishing.

... But for coverage of the professions, The Times is still my favourite personal read, I have to say.  So it was delightful this week to catch up with all my friends at The Times' Christmas party at the Reform Club: Frances Gibb, Edward Fennell, Clare Hogan, Linda Tsang, Alex Spence, Jonathan Ames, as well as the amazing Karen Snell, PR Head at Lovells - sorry, Hogan Lovells she keeps reminding me - and freelance public affairs supremo Louise Restell.  It was a far later night than I intended, (I blame you, Karen >:S) but brilliant fun! 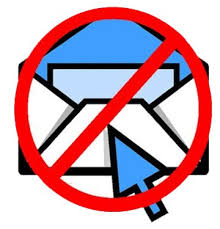 News that IT giant Atos is banning email in the workplace for internal communications and replacing it with instant messaging, Facebook and other social media platforms, set me thinking this week about how long it took some professional firms to embrace email in the first place. Obviously many firms have proud reputations as early adopters, keen to grasp new technology and see if/how it can be intelligently applied to their business - and we are lucky that our clients tend to fall in this category. But to be honest these firms are the exception rather than the norm, in a section of the business world famous for its conservatism.

The most extreme example I recall - and of course I wouldn't dream of naming names - was a firm whose fee earners would dictate email to their secretaries, who would then type them out in hard copy with a special header reminiscent of old fax headers saying 'ELECTRONIC TRANSMISSION', hand back to the fee earner for signing, and then scan and email the document as an attachment! You couldn't make it up!!

The legal world may be catching up these days. Trouble is, the rest of the world keeps moving on even faster.

Can you come to my party? Wonderful news this week that members of Massive Attack and Radiohead played a surprise gig at Occupy London's Christmas party. The gig took place in the basement of an abandoned UBS building renamed The Bank of Ideas. Whatever you think about our anti-capitalist protesters they clearly have good taste in music - might even be better than most bankers'...
Posted by Anonymous at 12:19